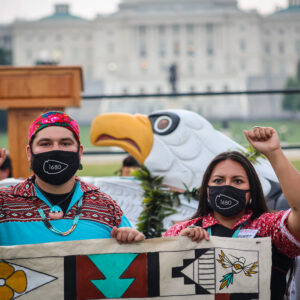 A 25-foot totem pole, intricately hand-carved and painted by Native Americans, arrived in the nation’s capital Wednesday afternoon after a two-week cross-country journey from Washington state, as part of a campaign to protect sacred tribal lands. Hauled on a flatbed trailer, the roughly 5,000-pound totem pole was brought to the front entrance of the National … Read Update 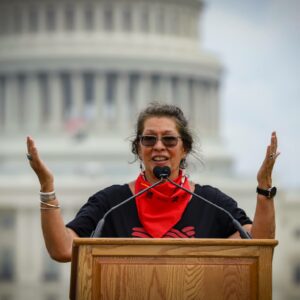 A historic day: the Red Road to DC has brought the blessings, hopes, prayers, and urgent calls to action to the United States capital. The Red Road totem pole journey has connected and galvanized thousands of people, and has been welcomed and honored by dozens of tribal nations, Native grassroots groups, and allies. Today, the … Read Update 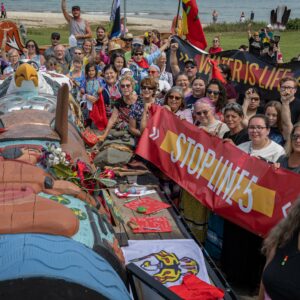 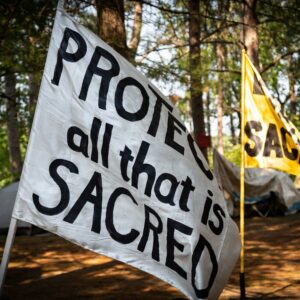 Secretary of the Interior, Deb Haaland, will welcome a totem pole carved by Lummi Nation carvers at a ceremony and rally on the National Mall. The totem pole honors sacred Indigenous places and is a gift as well as an urgent call to action. Communities across the country are asking President Biden for immediate protection of … Read Update 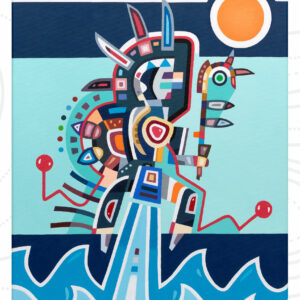 According to the Anishinaabe’s Seven Generations and Seventh Fire prophecies, we are in the time when we have a choice between two paths. One path is well worn, scorched and leads to our destruction. The other path is new, green and leads to mino-bimaadiziwin (the good life). We must choose to walk the new path by saying “no” to the Enbridge Line 3 pipeline and other fossil fuel investments, and “yes” to renewable energy investments. The path must be grounded in Indigenous Knowledge, Traditional Ecological Knowledge, and a deep reverence for our Mother Earth. 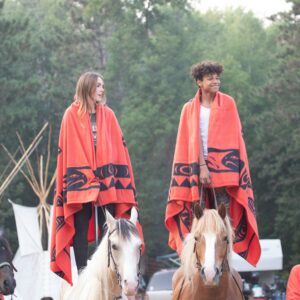 This territory is the headwaters of the Red River and the Mississippi River; the territory of the Great Lakes. For thousands of years, the ancestors of the Anishinaabe people lived here well. Now, the Canadian corporation, Enbridge, is proposing a new route for their Line 3 replacement across a pristine water-rich environment. Line 3 is a clear danger to the climate, water, and land in Minnesota, and would undermine the Indigenous treaty rights of the Anishinaabe people. 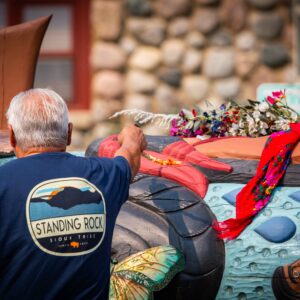 This weekend, our caravan was met by Bigfoot riders, their horses descended from the war ponies of the Battle of the Little Bighorn. The riders escorted the totem pole to the Standing Rock Sioux Tribal Government Office, where council members talked about their efforts to shut down the Dakota Access Pipeline and reclaim treaty lands … Read Update 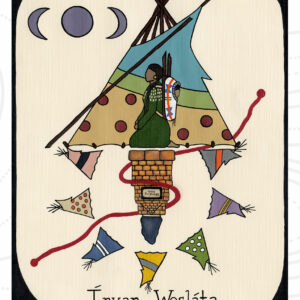 Íŋyaŋ Wosláta by Danielle SeeWalker (Hunkpapa Lakota and Citizen of the Standing Rock Sioux Tribe) 12”x16” acrylic on canvas paper Website:  www.seewalker.com Instagram: @seewalker_ART From the artist: “Many know the name “Standing Rock”, but how many know how our tribe got that name? STORY TIME: Years ago, a Dakota man married an Arikara girl and they had … Read Update 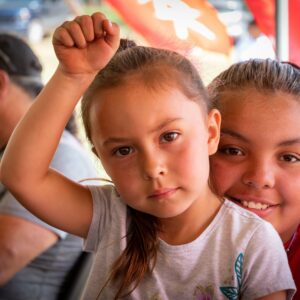 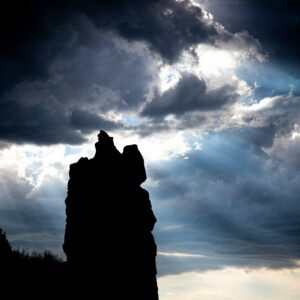 On July 18th the Red Road to DC caravan joined local organizations at the Counselor Chapter House in New Mexico for a live-streamed program and totem pole ceremony to highlight sacred sites at risk due to oil and gas drilling. We met with local hosts from the Diné CARE, Native American Voters Alliance Education Project, All Pueblo Council of … Read Update 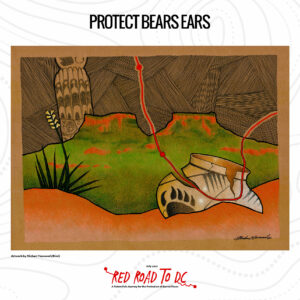 From the artist: “I wanted to show sacred land by depicting old broken pottery of our ancestors that lived on Bears Ears land.”  Michael Haswood is the current artist in residence for Utah Diné Bikéyah. Find him on Instagram under @MichaelHaswoodd TOTEM POLE AND ANCESTORS MEETING; Color pencil and acrylic black paint pen (2021) 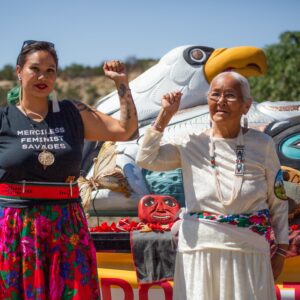 On Sunday, the Red Road to DC totem pole journey joined local organizations at the Counselor Chapter House in New Mexico as part of our efforts to honor and protect sacred sites that are at risk due to development and infrastructure projects. We displayed the totem pole by Lummi Nation carvers and met with local … Read Update 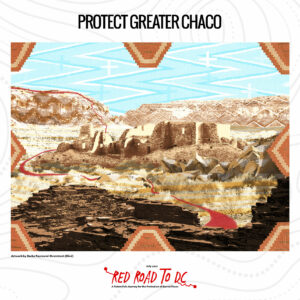 WOVEN LANDSCAPE: CHACO CANYON by Darby Raymond-Overstreet (Diné) From the artist: This land is Sacred. Protection of the Earth is woven throughout our cultural teachings as Diné, and through this piece I want to share this vision of collective responsibility to protect what is sacred. As the land gives freely and abundantly to us all, … Read Update 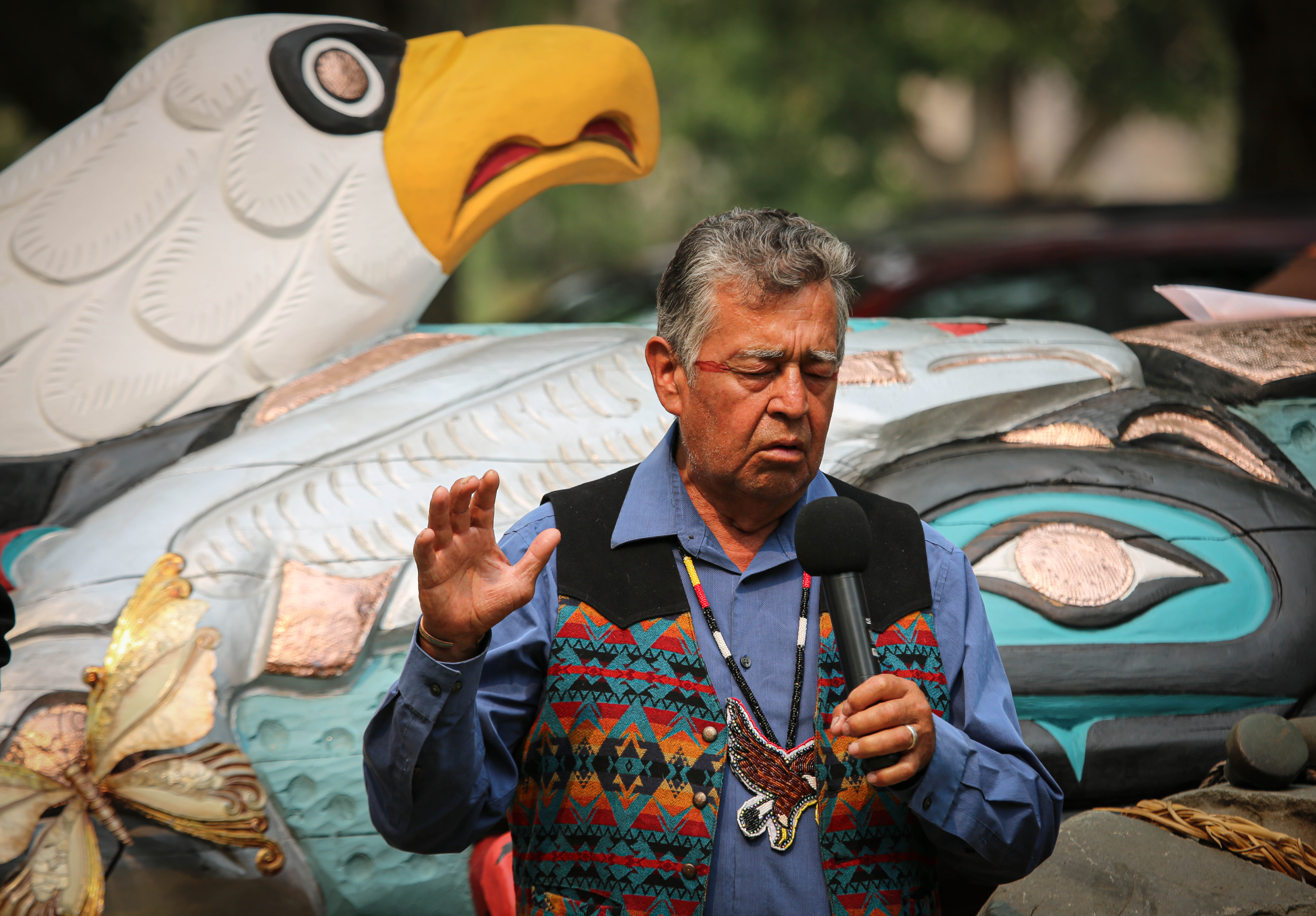 The House of Tears Carvers and Nimiipuu Protecting the Environment held a blessing ceremony at Chief Timothy Park by the Snake River on Thursday, July 15th, 2021. We have a once-in-a-generation opportunity to restore wild salmon in the Pacific Northwest’s Columbia and Snake Rivers and their tributaries, once the greatest salmon rivers in the world. We … Read Update 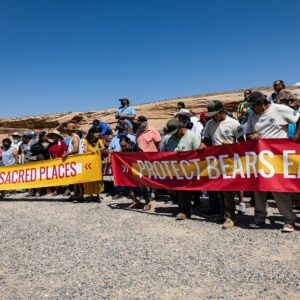 Day 3 of the Red Road to DC is in the books! A 12-hour travel day from Twin Falls, Idaho to Sand Island in Bluff, Utah. We were first received just outside Salt Lake City by representatives of Utah Diné Bikéyah who brought us food, made prayers for our journey and escorted us to Sand … Read Update 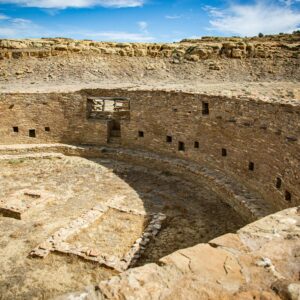 FOR IMMEDIATE RELEASEJuly 16, 2021Contact: Teran Villa, tvilla@indianpueblo.org The All Pueblo Council of Governors Stands in Solidarity with the Red Road to DC Totem Pole Journey to Protect Sacred Sites Albuquerque, N.M. – Journeying across the United States of America in Protecting Sacred Landscapes is a Totem Pole carved by the House of Tears Carvers … Read Update 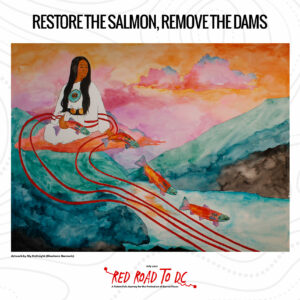 This artwork created by Aly McKnight (Shoshone-Bannock) in support of the Red Road to DC journey is dedicated to the Snake River journey stop, where the Nimiipuu (Nez Perce) and Shoshone-Bannock Tribes are calling for the removal of the four lower Snake River dams and the return of the salmon,. From the artist: “The inspiration … Read Update 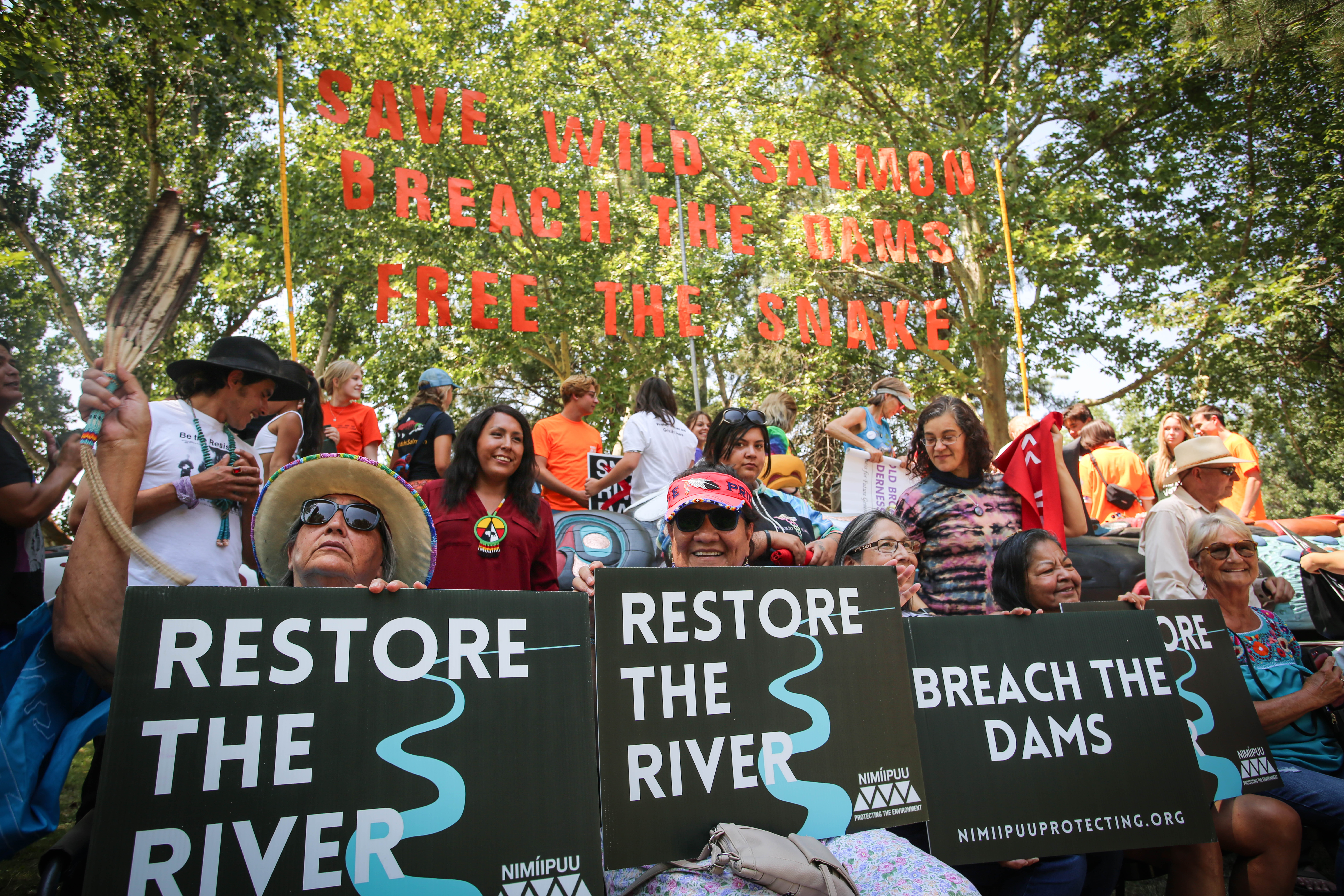 Today was a good day, on traditional Nimiipuu territory—the first stop on the #RedRoadtoDC. The salmon, central to Nimiipuu culture, are facing an extinction crisis due to aging dams and warming waters. Native grassroots organizers, elders, and Nez Perce tribal leaders called for the removal of the Snake River dams at this moving totem pole journey … Read Update 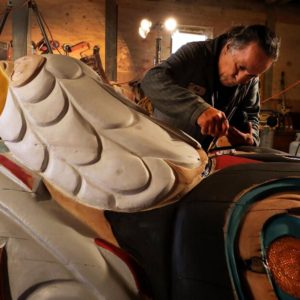 For the House of Tears Carvers, totem poles are more than masterful works of art — they’re a medium for storytelling, for raising consciousness, for healing. The group of artisans from the Lummi Nation, one of the original inhabitants of the Pacific Northwest, has for decades hauled its masterful works of art around the country to unite communities around issues of local and national concern.

This year, they’re taking a 25-foot, 5,000-pound totem pole all the way to the nation’s capital. Organizers are calling the journey the “Red Road to DC,” a two-week national tour that will begin July 14 in Washington state and culminate in Washington, DC. Along the way, the House of Tears Carvers plan to stop with the totem pole at a number of sites sacred to Indigenous peoples.

Their goal: To protect those sacred sites from the existential threats of the climate crisis and extractive industries — and to ensure tribal nations have a seat at the table when decisions affecting them are made.