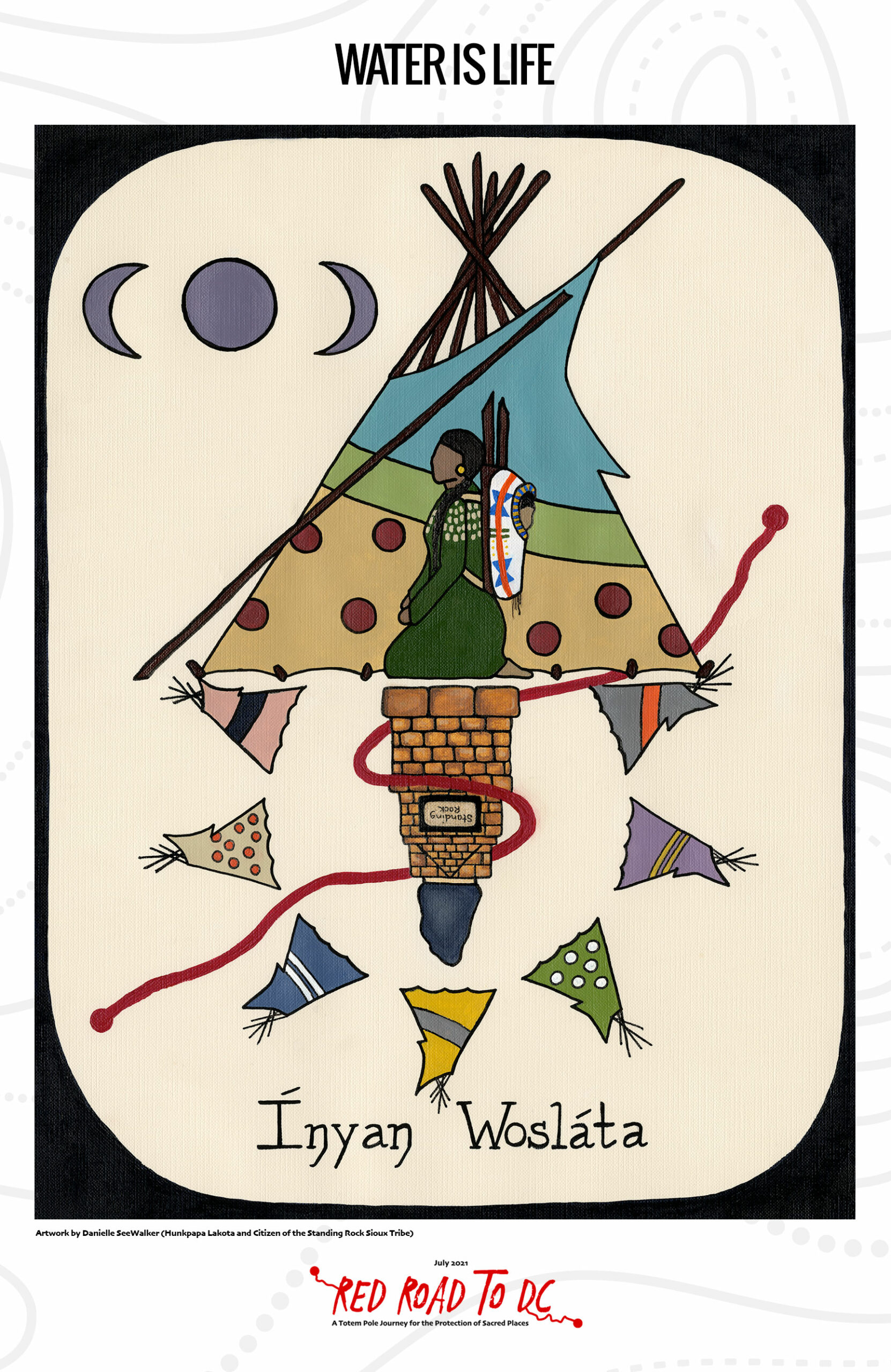 From the artist: “Many know the name “Standing Rock”, but how many know how our tribe got that name? STORY TIME: Years ago, a Dakota man married an Arikara girl and they had one child together. Soon after, the man brought home another wife. This made the first wife very angry & jealous. When it came time to break camp, the woman refused to move from inside her tipi. Her tipi was taken down, but she continued to sit here on the ground with her baby in a cradleboard on her back. Her husband and the rest of their people moved on.

At midday, her husband stopped the line of people and said to his two brothers, “Go back to your sister-in-law. Tell her to come on and catch up. We will wait for you here.” The two rode off and arrived at their last camping place in the evening. The woman still sat on the ground. The elder brother said to her, “Sister-in-law, we have come to get you. The camp is waiting for you. Get up and join us.” When she did not answer, brother-in-law put out his hand and gently touched her head. She had turned into stone! The brothers took the stone back to camp and told everyone what happened. The stone woman was thought to be wakáŋ (sacred). Wherever the band stopped to make a new village site, the stone was given a place of honor in the center of the camp. The stone woman was carried like this for years & was finally brought to Standing Rock Agency, where it now rests upon a brick pedestal in front of the agency office at Fort Yates, North Dakota.

What I love about this story is that it sort of symbolizes a woman standing up against male transgressive behavior – men doing what they please without consensus and switching up the rules when it suits their wants and desires. A woman would rather turn to stone than put up with a man reneging on his sacred covenant to care with integrity for women & children. This stone is now a reminder to honor & respect women, the backbone of our societies.