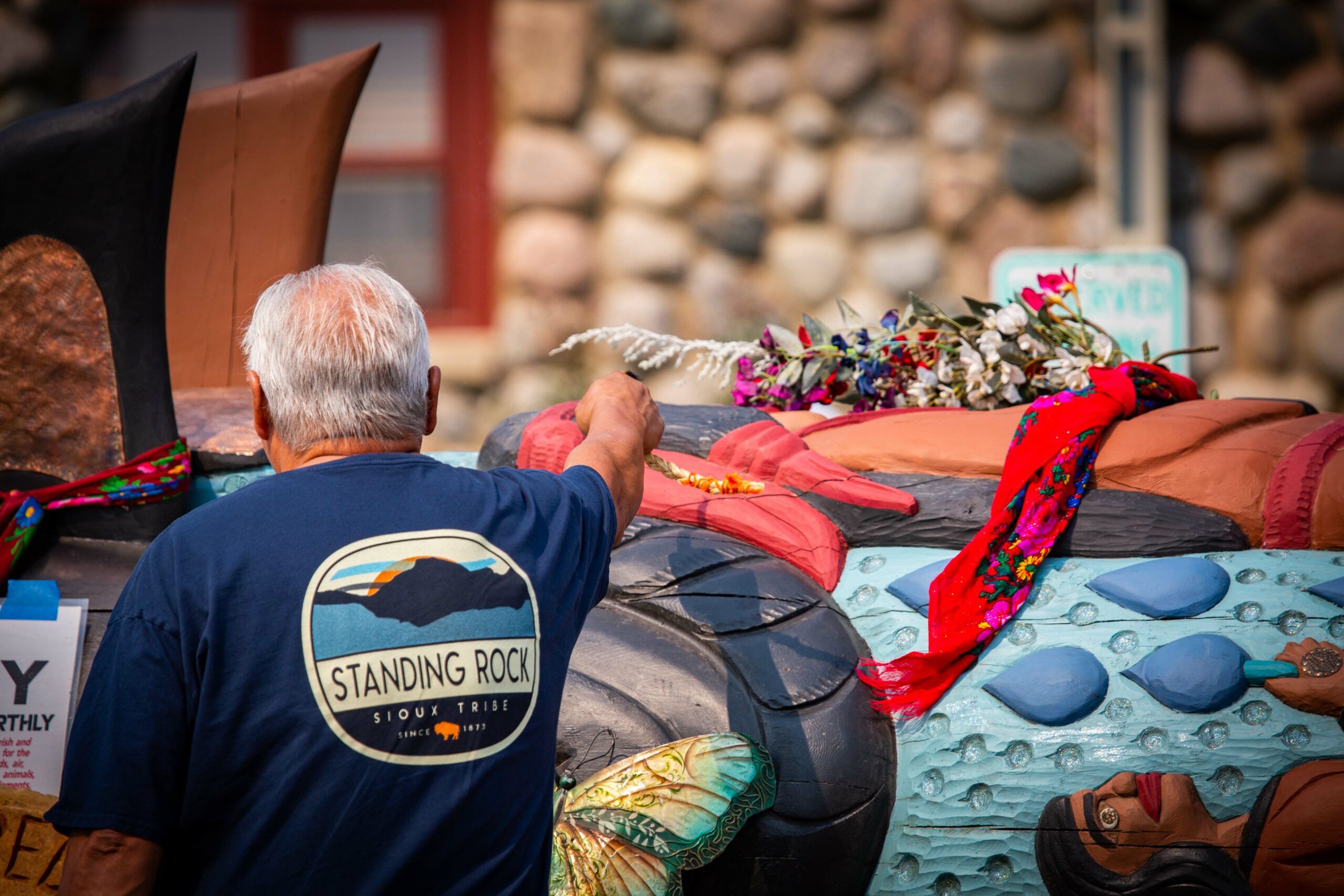 This weekend, our caravan was met by Bigfoot riders, their horses descended from the war ponies of the Battle of the Little Bighorn. The riders escorted the totem pole to the Standing Rock Sioux Tribal Government Office, where council members talked about their efforts to shut down the Dakota Access Pipeline and reclaim treaty lands promised in the Fort Laramie Treaty of 1868.

Tribal council member Charles Walker said, “Standing Rock caught the attention of millions of people around the world in 2016. Thousands of Native peoples stood together, much as they are today, as we welcome the totem pole, to say enough is enough. No poison in our sacred waters. No destruction of our sacred lands.”

After brief talks by Lummi carvers and our local hosts, Lakota Sundancers smudged and blessed the pole with the Four Directions Song. Vice-chair Ira Taken Alive explained, “In our language we don’t have anything that describes a totem pole. So we prayed for a sacred tree. And we prayed that whoever it goes to will help the people who have prayed with it. We also prayed that wherever it goes it will bring rain, because this country is so dry right now. We prayed that it will bring rain.”

This is a common thread across the journey, where climate change brings wildfires and drought, endangering ceremonial plants and medicines, as well as salmon and other wildlife integral to the lifeways of Indigenous peoples. At the same time, Tribal Nations and Indigenous communities across the globe are leading movements for climate justice.

After the event, we enjoyed a meal of fry bread and soup together, and then hit the road for our next stop on this coast-to-coast journey with a 25-ft, 5000 pound totem pole: the White Earth Reservation in Northern Minnesota, where the Enbridge Line 3 pipeline threatens Anishnaabe lands, waters, and wild rice beds.