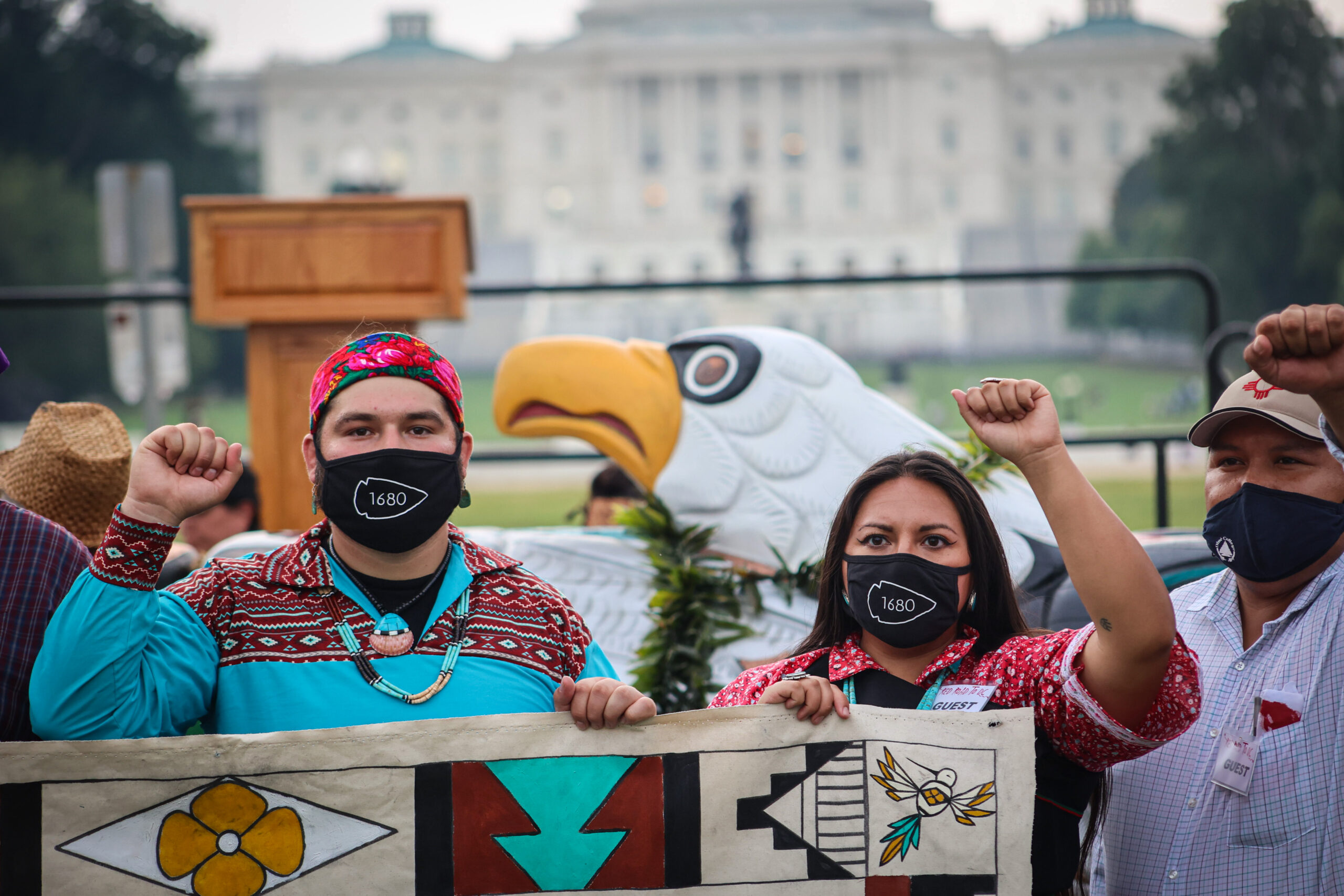 A 25-foot totem pole, intricately hand-carved and painted by Native Americans, arrived in the nation’s capital Wednesday afternoon after a two-week cross-country journey from Washington state, as part of a campaign to protect sacred tribal lands.

Hauled on a flatbed trailer, the roughly 5,000-pound totem pole was brought to the front entrance of the National Museum of the American Indian on the Mall, where a small crowd came to welcome it. Douglas James, a Lummi Nation member who was one of the pole’s carvers and traveled with the group that brought it across the United States, said they met thousands of people along their journey — many of whom became emotional as they touched the pole.

“They’d burst into tears because they could feel the energy,” he said outside the museum just after the arrival of the pole, which was made from a 400-year-old red cedar tree that was cut, carved and painted with images of importance to Native Americans.

“It’s a very historic moment to bring it to D.C.,” said Phreddie Lane, a Lummi member who came up with the idea to bring the totem pole to D.C. “And to have it sit among these sacred national monuments, representing Native American peoples, is special.”