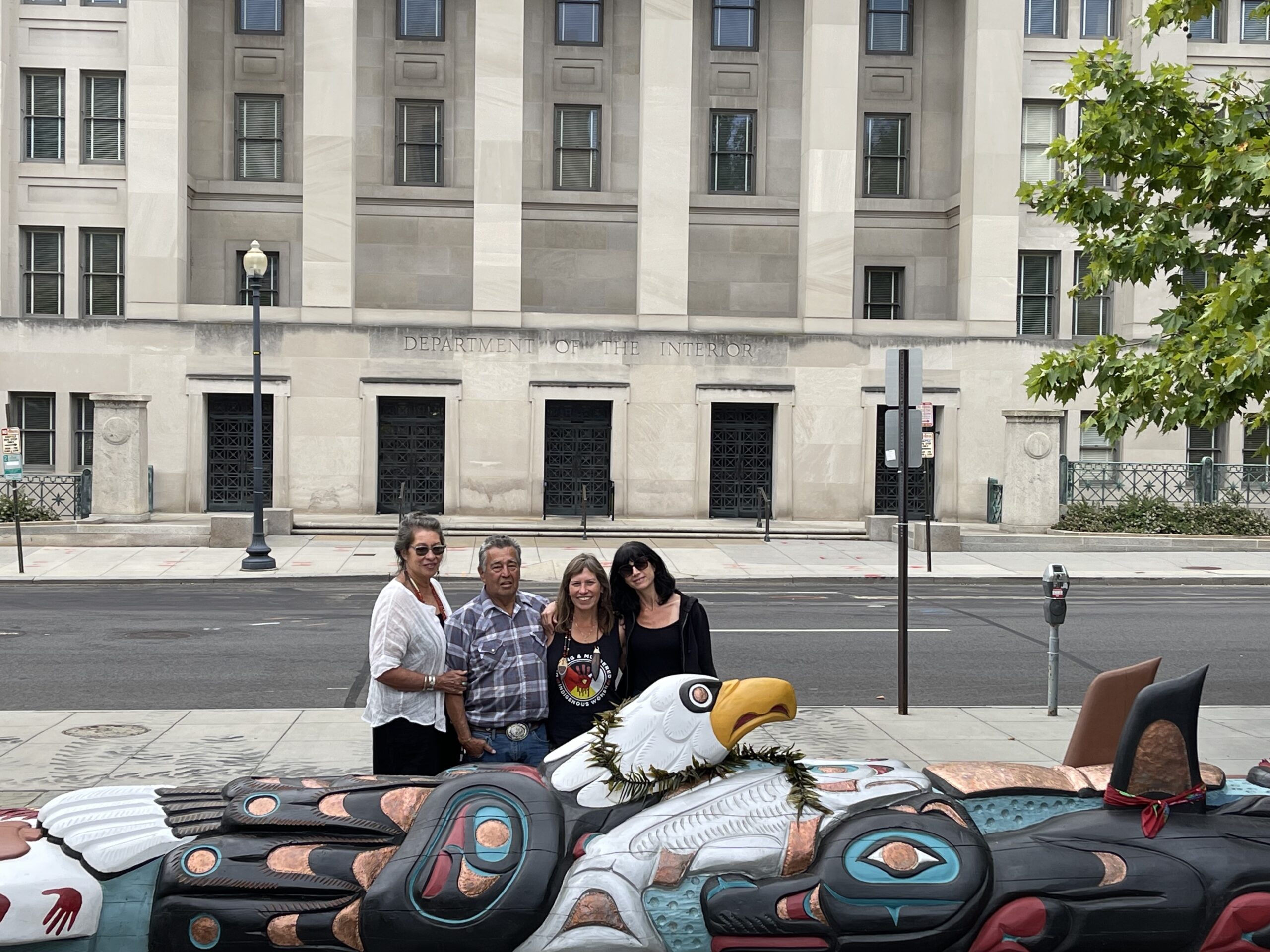 On July 31st, we moved the totem pole to the park in front of the Department of the Interior building in Washington DC, where it will be on display until it is moved to its permanent home.

The pole has traveled more than 20,000 miles, visiting sacred lands and waters at risk from dams, mining, and oil and gas projects. Thousands of people have laid hands and prayed with the pole during its travels. At a ceremony on the National Mall on July 29th, Lummi carvers presented the pole to Secretary Deb Haaland, the first Native American to lead the Department of the Interior.

You can visit with the pole during the month of August in Rawlins Park on E Street NW, between 18th and 19th streets in Washington DC.