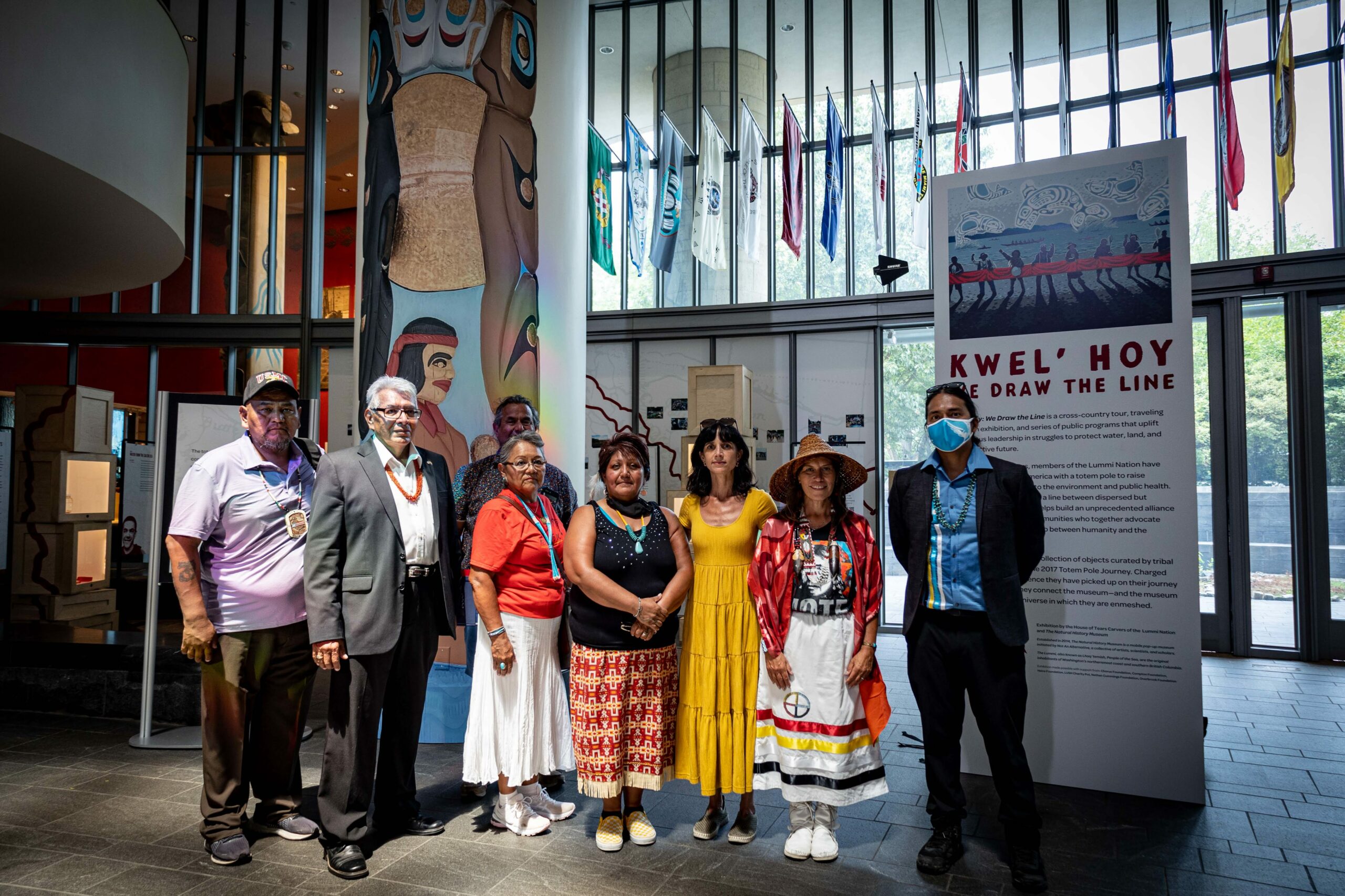 Kwel’ Hoy: We Draw the Line

On view at the Smithsonian National Museum of the American Indian, Washington D.C.

Kwel’ Hoy: We Draw the Line is a cross-country tour, traveling museum exhibition, and series of public programs that uplift Indigenous leadership in struggles to protect water, land, sacred sites, and our collective future. The Lummi, also known as Lhaq’temish, People of the Sea, are the original inhabitants of Washington’s northernmost coast and southern British Columbia. Since 2014, members of the Lummi Nation have traveled across North America with a totem pole to raise awareness about threats to the environment and public health. Each journey builds an unprecedented alliance of tribal and non-tribal communities who together advocate for a sustainable relationship between humanity and the natural world.

The exhibition features large-scale graphics, videos, a collection of objects curated by communities along the 2017 Totem Pole Journey, and a to-scale representation of the Red Road to DC totem pole.

On July 29, 2021, the Red Road totem pole carved by the House of Tears Carvers of the Lummi Nation concluded its cross-country journey in Washington, DC. The totem pole was on view in front of the museum on July 29–31, 2021. From August 1-30 it will be on display in front of the Department of the Interior, at Rawlins Park on E Street NW, between 18th and 19th streets.

Kwel’ Hoy: We Draw the Line is a collaboration between the House of Tears Carvers of the Lummi Nation and The Natural History Museum, a project of Not An Alternative, a nonprofit collective of artists, activists, and scholars.