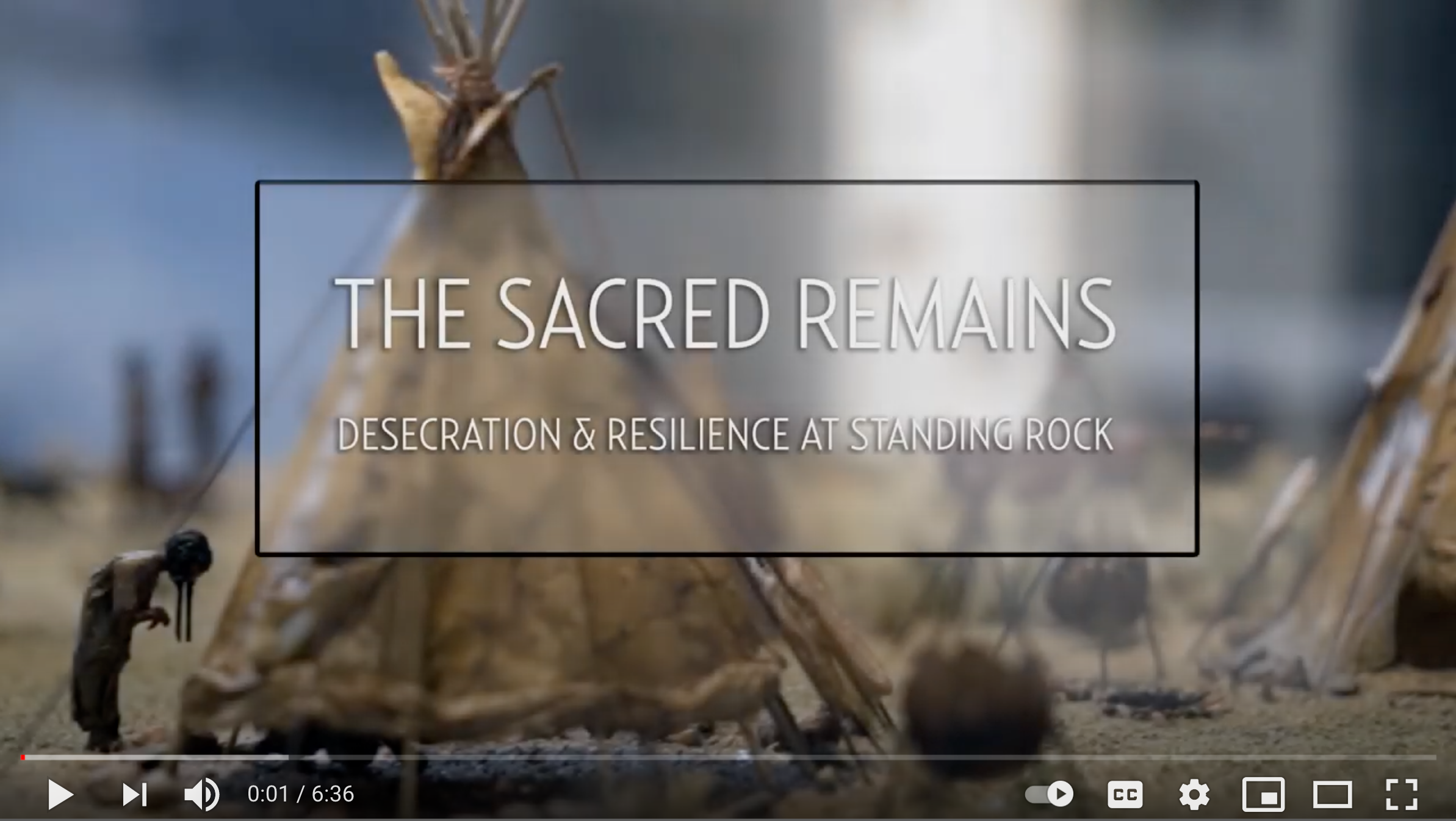 This video features conflicting perspectives on the Dakota Access Pipeline’s impact to cultural and sacred sites from the State of North Dakota’s Historic Preservation Officer (SHPO), and the Standing Rock Sioux Tribe’s Historic Preservation Officer (THPO). Their conflict–relevant to the Tribe’s ongoing lawsuit challenging the pipeline–illuminates some of the deeper tensions at play in struggles to protect sacred places: a clash of irreconcilable ways of understanding and relating to the land, and what happens when the State’s perspective has been codified into federal law and the input of Tribal Nations as sovereigns is disregarded.

In the middle of miles and miles of brown flatlands on the Standing Rock Indian Reservation near Cannonball, North Dakota, a sprawling camp of tepees, tents, and RVs appeared in the Summer of 2016. Members of more than 300 Native Nations and several thousand supporters arrived, joining in an unprecedented alliance against the proposed Dakota Access Pipeline (DAPL), which was set to cut through Sioux territory and across the Missouri River despite strong tribal opposition. The DAPL risked jeopardizing the primary water source not only for the Standing Rock Sioux Reservation, but also for 17 million people downstream.

Standing Rock captured headlines around the world, holding the attention of millions. It also invoked the horrifying memory of Wounded Knee, where, more than a century ago hundreds of Lakota people were massacred by the U.S. Cavalry for protecting their treaty lands from the encroachment of gold prospectors in the midst of the Black Hills gold rush. It was as if Standing Rock was leaping from the history books. This time, it felt like maybe if we did something, the outcome could be different.

Standing Rock provoked a collective desire to not only observe history but to help create it. More than a million Facebook users virtually “checked in” to the Standing Rock Indian Reservation page in solidarity with the water protectors on the ground. Hundreds of Native Nations issued statements in support of the Standing Rock Sioux Tribe. Since then, dozens of inter-tribal treaty agreements have been made to help specific communities block other fossil fuel infrastructure projects that threaten treaty rights, sacred sites, water, land, and public health.

The Standing Rock Sioux Tribe’s struggle to protect sacred waters, lands, and treaty territories continues to this day. While the Biden administration issued an executive order canceling the Keystone XL pipeline upon taking office, it has not taken a similar stance on DAPL. The pipeline continues to flow while a court-ordered environmental review moves forward. DAPL violates Indigenous sovereignty and treaty rights and has failed to abide by the United Nations Declaration on the Rights of Indigenous People, which requires free and prior informed consent.

By 2025, two-thirds of the world’s population may face water shortages. Oil infrastructure can accelerate climate change, harming those who have contributed little to this situation. In this context, we are reminded that we are all called to protect the sacred sources of life for the generations to come.