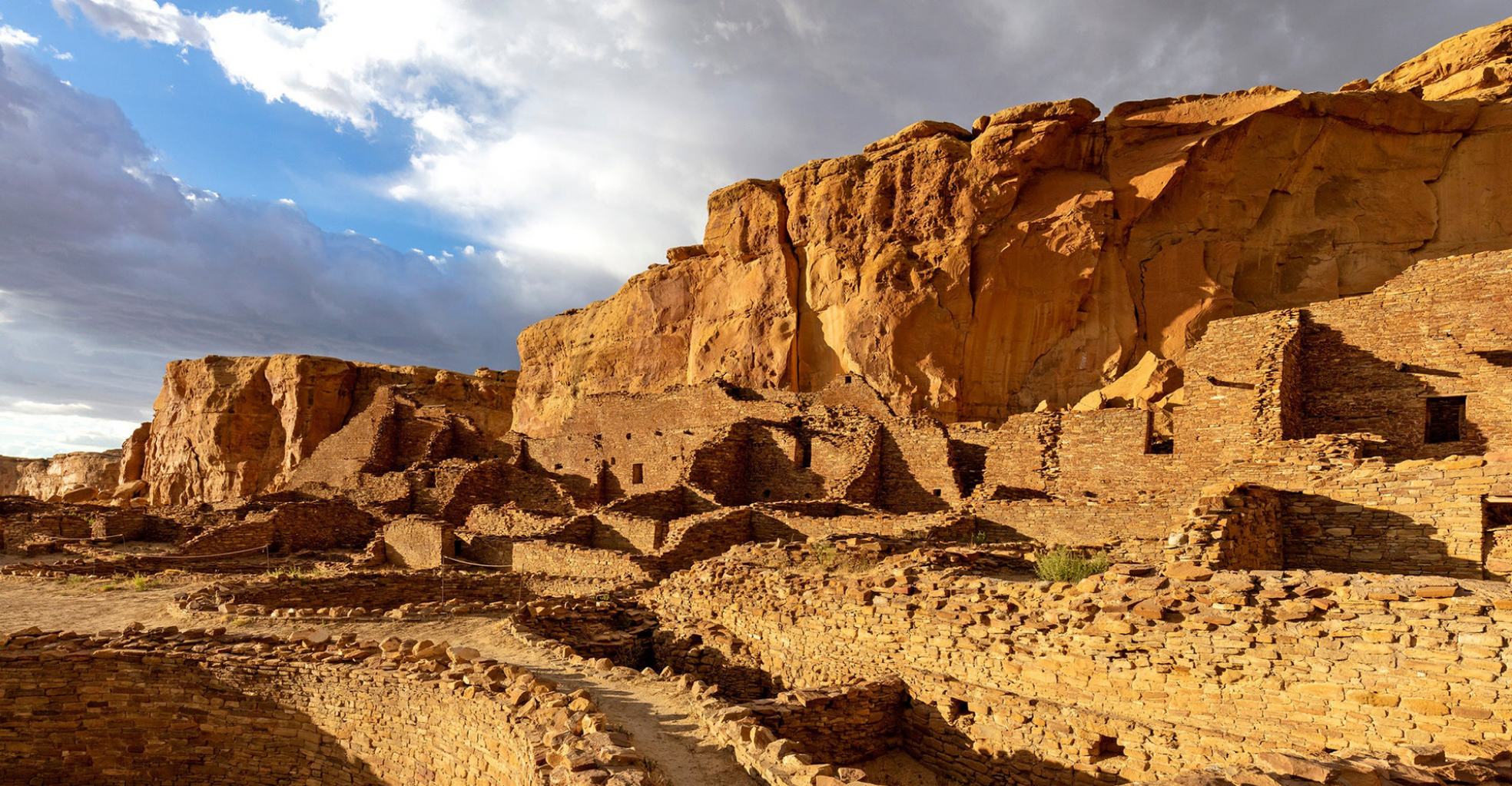 A thousand years ago, Chaco Canyon in northern New Mexico was the ceremonial center of ancestral Puebloans, whose culture encompassed more than 75,000 square miles of the Southwest. Today, Chaco Canyon is a National Historical Cultural Park and World Heritage Site, considered one of the most important archaeological sites in the Americas, and yet over 93% of the area is leased to oil and gas activities. Indigenous people, primarily Navajo (Diné), sacred cultural sites, precious water resources, and the area’s biodiversity are all under a grave and growing threat from fracking.

Today, Navajo communities of Greater Chaco are living amid extensive oil and gas development with no regard for public safety. Since 2013, the Bureau of Land Management has approved hundreds of new fracking proposals, without adequate Tribal consultation. On July 11, 2016, 36 fracking waste tanks exploded in a fire that burned for five days and forced dozens of families to evacuate with no emergency safeguards. The Bureau of Land Management has acknowledged it never analyzed how this fracking boom will impact public health and the environment, yet approves fracking activities with no plan in place to protect the region’s air, water, Tribal cultural sites, and communities, and without adequate consultation with the public in general and with Navajo Chapter Houses and Navajo Allotment Land Owners in particular.

In the meantime, the Bureau of Land Management continues to approve more wells and lease more land for fracking, failing to consider that the Greater Chaco area holds spiritual and cultural significance to all Indigenous peoples who are rooted in Chaco culture, not limited to the Navajo Nation, and that sacred sites in the area are not limited to those within the boundaries of Chaco Culture National Historical Park.

“The Greater Chaco region is home to Native American Tribes, including the Diné (Navajo) and Pueblo Nations. Chaco Canyon and the surrounding landscape is culturally significant to the Navajo, Hopi, Apache, Zuni, Ute, and Pueblo peoples. While ancient sites, kivas, and great houses inside the park’s boundaries are protected, the overwhelming majority of Greater Chaco lands administered by the Bureau of Land Management (BLM) are leased for oil and gas development — impacting the sacred landscape, air, people, and the living culture of the region. The remaining area of Greater Chaco, including the area within immediate vicinity of the park, is currently threatened by further oil and gas extraction.

The Greater Chaco Coalition is demanding a new management plan for the area that puts in place an immediate moratorium on all new fracking and leasing activities, to ensure Tribal consultation at every stage of decision-making, and to offer a full comprehensive health and social impact assessment of drilling impacts on surrounding communities and economic development alternatives to lead away from extractive economies.”