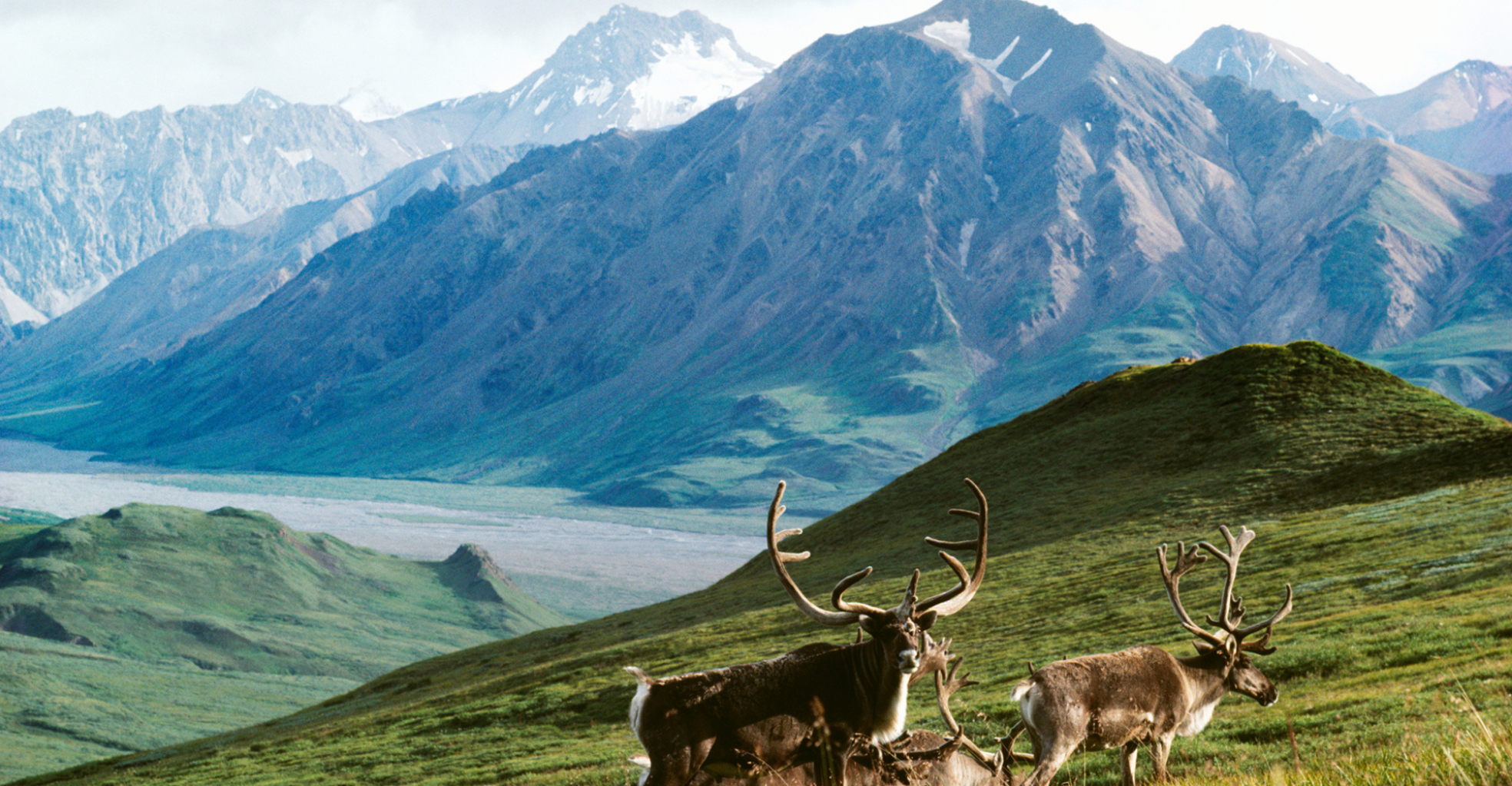 “The Arctic National Wildlife Refuge is an American treasure and is internationally known for its ecological importance and beauty. Renowned for its wildlife, forty-five species of land and marine mammals live in the Arctic Refuge, including polar bears, wolf, moose, mountain sheep and bowhead whales. The Gwich’in Steering Committee was formed in 1988 in response to proposals to drill for oil in the Sacred Place Where Life Begins, the coastal plain of the  Arctic National Wildlife Refuge.

Our elders recognized that oil development in caribou calving grounds was a threat to the very heart of our people. They called upon the chiefs of all Gwich’in villages from Canada to Alaska to come together for a traditional gathering – the first in more than a century. At the gathering in Arctic Village we addressed the issue with a talking stick in accordance with our traditional way, and decided unanimously that we would speak with one voice against oil and gas development in the birthing and nursing grounds of the Porcupine Caribou Herd. Our unified voice is expressed in a formal resolution, Gwich’in Niintsyaa.

Vast and remote, the 19.5-million-acre Refuge covers an area the size of South Carolina. While 8.9 million acres are protected as wilderness, the 1.5-million-acre coastal plain, the biological heart of the Refuge, remains vulnerable to industrial development.

Big oil companies and some members of the U.S. Congress want to drill in the coastal plain which would put the future of the Porcupine Caribou Herd at risk. The herd’s migrations cover a vast area – caribou can travel up to 3,000 miles over the course of a year – yet they rely almost exclusively on the thin band of land along the coast of the Refuge to birth and nurse their young every year.”