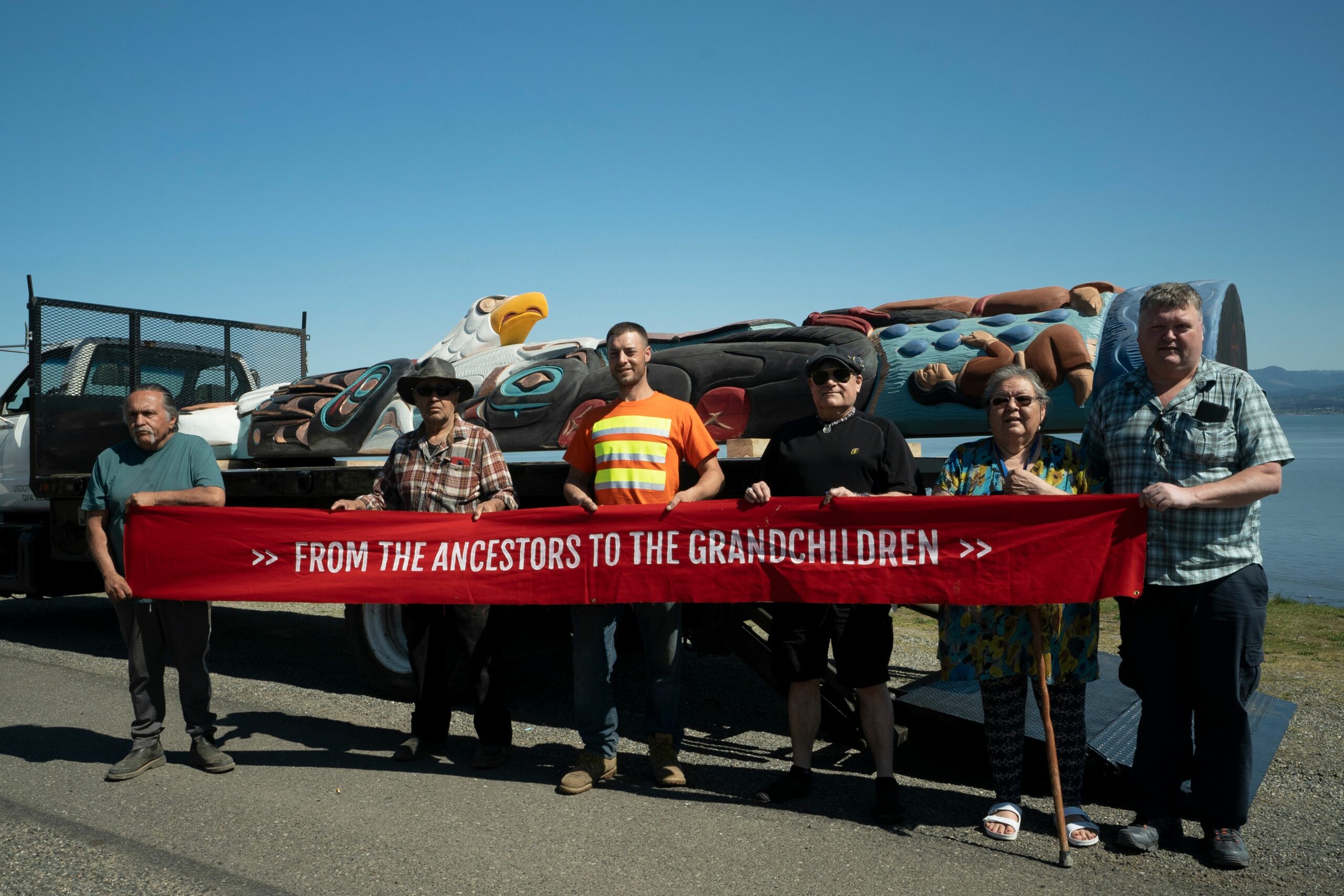 This video by The Natural History Museum is featured in a Summer-long exhibition, “Kwel’ Hoy: We Draw the Line“, currently on view at the Smithsonian National Museum of the American Indian in Washington D.C.. The exhibition features a to-scale representation of the Red Road pole, and objects, videos, and photos from previous totem pole journeys. Narrated by Phreddie Lane of the Lummi Nation, this video provides some context on what the red line, or red road, references.

The burial grounds of the ancestors weren’t only on the land, their bodies were also pushed out to sea. This is why it’s not just the land that is sacred, it’s also the water.

Lessons were taught centuries ago that have been passed down for generations, lessons that guide us as stewards of the earth. The ancestors, in this way, speak through us to insure the health of future generations. So it’s also a line that runs from past to present and into the future.

Today we face a great challenge. There’s a prophecy that tells of a day when the rivers and the skies turn black, the fish and the animals die. But it also speaks of a time when people will stand together to stop this from happening.

What’s happening in the world today is the result of a perspective that sees everything as a resource to be used, to be used up, to be exploited. It’s killing Mother Earth. It threatens life on the planet.

People and animals are suffering. They are dying of cancers resulting from the air and water being poisoned. But they are also fighting back.

The totem pole journey is a project that makes visible the struggle for life. It brings awareness to the connectedness of the people to the earth and history. It ties together communities who are living on the front line of the environmental emergency. It makes the commonality of their suffering visible and strengthens the bonds of solidarity between them.

As the totem pole travels from place to place and comes in contact with more and more people it grows more powerful. People who touch it give it power and it gives power to them.

The journey also spreads the story of the prophecy and in doing so, it draws a line in the sand. The road that leads to death is not an option. The world is not made up of dead objects, resources to be burned. At this point in history, we are summoning all the forces of life that run through everything to come together in the common collective fight.

From the ancestors to our grandchildren, Kwel Hoy! We Draw The Line